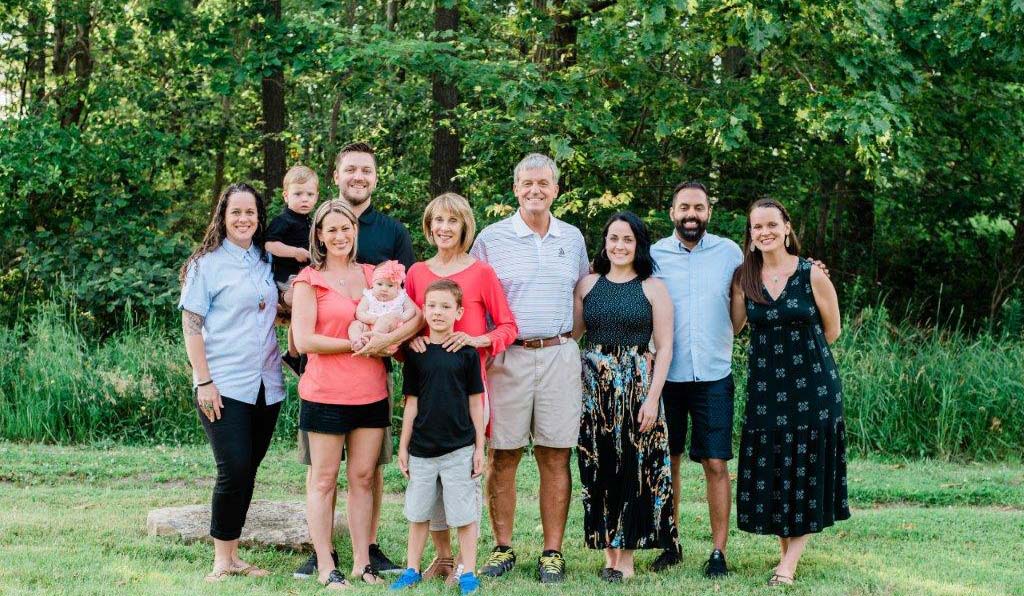 PITTSBURGH – John Pelusi’s legacy at Pitt began on the football field. As the team’s starting center, Pelusi helped lead the Panthers to the 1976 National Championship under the late great legendary coach John Majors, who was both a mentor and tremendous friend to John. Now, the Pelusi’s legacy means even more to Pitt than a national championship as he and his wife Cathy help student-athletes achieve total overall personal and life-after-athletics success through the Cathy and John Pelusi Life Skills Program.

“Cathy and John Pelusi have been unwavering and generous in their long-time support of the University of Pittsburgh and Pitt Athletics,” said Director of Athletics Heather Lyke. “The belief they have in the value of preparing, developing and mentoring student-athletes for success during and after their time at Pitt is evident, and the reason why the Cathy and John Pelusi Life Skills Program is a national leader in college sports. The values that make them the incredible people they are represent the very same values we are teaching our student-athletes today. It is truly a wonderful legacy and we are tremendously grateful for their support.”

“Creating an environment of comprehensive excellence where student-athletes can thrive is a team effort,” said Chancellor Patrick Gallagher. “Thanks to generous donors like John and Cathy, we’ll be able to give every student-athlete at the University of Pittsburgh the very best environment to learn, grow and reach their highest potential.”

Pelusi and his wife Cathy are loyal and generous supporters of Pitt, having given annually since 1978. Through the Pelusi family’s transformational gifts, Pitt has been able to provide numerous once-in-a-lifetime opportunities to its student-athletes.

John Pelusi knew what it meant to be successful during and after his time at Pitt. After graduating with a bachelor’s degree from the Kenneth P. Dietrich School of Arts and Sciences and a master’s degree in public management and policy from the Graduate School of Public and International Affairs, he went on to become the CEO and Vice Chairman of HFF, Inc. (NYSE) and Executive Managing Director and Managing Member of Holliday Fenoglio Fowler, L.P. (HFF), a provider of commercial real estate and capital market services.

Not only do John and Cathy Pelusi believe in the University of Pittsburgh enough to invest in it financially, but they also sent two of their four children to Pitt. Their daughter Jamie graduated from Pitt in 2006 and was the starting goalie for the women’s soccer team for four years. In 2004, she was named Big East Goalkeeper of the Year. Their son John, following in his father’s footsteps, also played football at Pitt and was a three-year letterman. He is now the Assistant Athletic Director of Varsity Letter Club and Mentorship at Pitt.

The Pelusi family's love for Pitt is now spanning a new generation. John, Cathy, their four children and three grandchildren can often be found cheering on the Panthers at football and basketball games.

In addition to his monetary donations, John Pelusi also donates a significant amount of his personal time to Pitt. He has served on the Pitt Board of Trustees for 25 years, serving stints as Chair of both the Property and Facilities Committee as well as the Athletic Committee. He also has served as a member of the Executive Committee of the Board of Trustees and the Budget Committee. He received Pitt’s prestigious Awardee of Distinction honor in 2005, was named a University of Pittsburgh Legacy Laureate in 2007 and served as a University of Pittsburgh Trustee for UPMC. John and Cathy are both members of Pitt’s Cathedral of Learning Society, receiving this prestigious induction in 2007, which recognizes lifetime giving of $1 million or more to the University.

Other than his parents, John Pelusi credits the late Coach Majors for being one of the best teachers and mentors he had growing up, teaching him the importance of hard work, persistence, working with others towards a common goal by helping everyone be better than they would alone, and other life lessons. It has all served him well both personally and professionally. With their donations, he and Cathy have ensured former, current and future student-athletes leave Pitt having learned the same lessons and shaped on a similar set of core values.