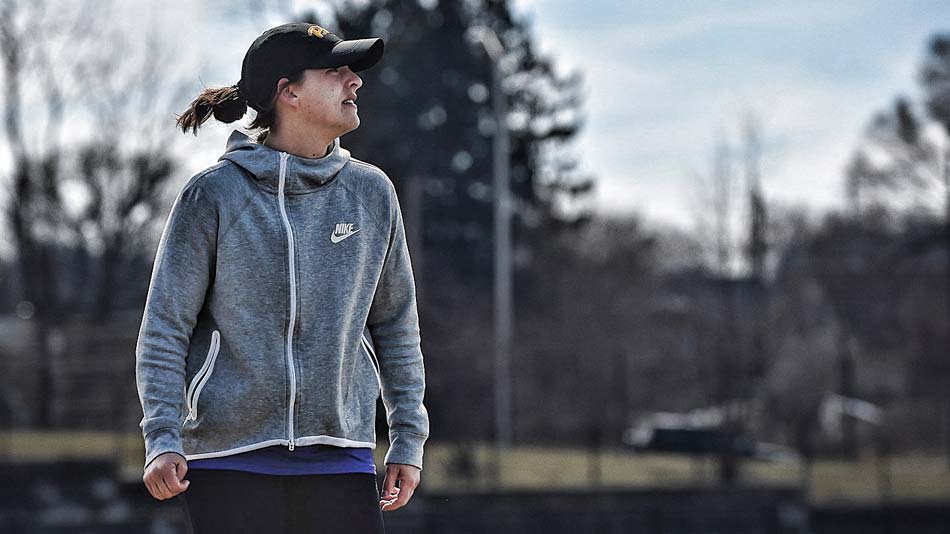 "It takes a special individual to build a program from scratch. You need someone who has great vision, relentless energy and confidence to build something unprecedented," said Lyke. "I am excited we have found that type of person and leader in Emily Boissonneault. She brings to Pitt an excellent pedigree as a coach and player and knows what it takes to compete against the premier lacrosse conference in the country. Emily's experience helping to bring a national championship to James Madison University will be invaluable. Moreover, her tremendous contacts in the sport, both across the country and internationally, will be major assets in building Pitt lacrosse into a program that will make a mark in the Atlantic Coast Conference. We are thrilled she will be joining Pitt, bringing the highest level of lacrosse to the city of Pittsburgh and confident in her ability to attack this unique challenge and opportunity."

Boissonneault is also currently an assistant coach with the Team Canada U19 National Team, which will compete in the 2019 World Championship Aug. 1-10 in Peterborough, Canada.

"I am grateful for the opportunity to be joining the Panther family as the first head coach of the Pitt Lacrosse program," said Boissonneault. "Heather Lyke and Dustin Gray have been incredible throughout the process and I was thrilled to see our goals and vision for the program align. Starting a program is a unique opportunity, and I am looking forward to getting to work and building a competitive program in the ACC, the premier lacrosse conference in the country. Throughout the process, it quickly became clear that Pitt was the place where I wanted to be head coach. Of course, I would like to thank Shelley Klaes-Bawcombe and all of my players at James Madison for the experiences that have prepared me for this opportunity. I am proud to become a part of the Panther family and excited to join the Pittsburgh community. Hail to Pitt!"

Boissonneault was hired as an assistant coach with the JMU lacrosse program in July 2015 and was promoted to associate head coach in July 2018. She was primarily responsible for running JMU's defensive unit and also served as the program's recruiting coordinator.

JMU reached four consecutive NCAA Championships, which included winning the 2018 National Championship, with Boissonneault on the sidelines. She helped lead the Dukes to a 62-22 (.738), including an impressive 22-2 (.917) mark in CAA play. JMU won each of the past three CAA championships and posted a 5-3 mark in NCAA Tournament play over the past four seasons.

Last season, James Madison posted a 16-4 record, including a 6-0 mark in CAA play, and finished 15th in the final IWLCA Coaches Poll. JMU had three players earn IWLCA All-Region accolades in first team honoree Caroline Sdanowich and second team members Molly Dougherty and Maddie McDaniel. Sdanowich was additionally a top-25 nominee for the Tewaaraton Award and voted CAA Defensive Player of the Year, while Dougherty was CAA Goalkeeper of the Year.

In 2018, the Dukes won a school record 16 regular season games and after capturing the CAA tournament title was awarded the No. 3 seed for the NCAA Tournament. JMU earned NCAA wins against Virginia, No. 6 Florida and No. 2 North Carolina before fending off No. 4 Boston College to win the National Championship. The Dukes finished the season 22-1 overall, including a 6-0 record against teams out of the Atlantic Coast Conference.

The Dukes held opponents to seven goals or less in 10 games and five or fewer in five outings. In the first round of the 2017 NCAA Championship, JMU limited Louisville to only six goals to earn the program's first NCAA victory since 2010.

In her inaugural year in 2016, she helped Caroline Sdanowich make the CAA All-Rookie Team as JMU earned an at-large bid for the NCAA Championship.

Boissonneault began her collegiate coaching career at Winthrop in 2013, where she served as an assistant coach for three years. During the 2015 season, she helped coach the Eagles to a Big South Championship title and the first NCAA Tournament appearance in program history. While at Winthrop, she focused on offensive technique and the team's conditioning program. Her duties also included managing weekly practice hours and cutting game and practice film. She also took part in recruiting and meeting with potential players.

Her coaching career began at the club level, where she operated as head coach for the Bloomfield Hills Lacrosse club from 2010-2012 and for the Oshawa Lady Blue Knights under-15 women's field lacrosse team in 2014.

The Ontario native still plays internationally, as she was a member on the 2013 and 2017 Federation of International Lacrosse (FIL) World Cup Canadian National Team, as well as the 2017 World Games in Poland. Boissonneault helped guide Team Canada to the silver medals in all three tournaments, marking the best international finishes in Canada's lacrosse history.

During her four-year college career at Detroit, Boissonneault finished with 242 goals, 193 ground balls, 157 caused turnovers and 143 draw controls. Her name is etched in the NCAA lacrosse record books as she ranks in the top 20 in career caused turnovers, caused turnovers per game and career goals. She was named Attacker of the Year for the National Lacrosse Conference in 2009 and Horizon League Woman of the Year in 2012.

Boissonneault graduated from Detroit in 2013 with a bachelor's degree in English and Special Education. She went on to receive her master's degree in Sport and Fitness Administration from Winthrop in 2015.

She and her four younger siblings are all involved in the game. Her sister, Jack, is a Virginia Tech graduate (2015) and was a member of the Hokies' women's lacrosse team.

Pitt announced it was adding women's lacrosse as a varsity sport Nov. 1, 2018. The program will play its inaugural season against NCAA Division I competition during the 2021-22 academic year. Lacrosse is the first varsity sport added at Pitt since the softball program began in 1997-98.

Boissonneault has experience helping build programs as she was a part of Detroit's inaugural season of women's lacrosse as a player and was an assistant coach at Winthrop in the first season of play.

Pitt will be the ninth Atlantic Coast Conference institution to sponsor the sport at the NCAA Division I level. The program will be fully funded with the NCAA maximum of 12 scholarships.

As an ACC member, Pitt will be competing in the most accomplished women's lacrosse conference in the country. An ACC program has played in the NCAA Women's Lacrosse National Championship game in each of the past eight seasons. During the 2019 season, five ACC teams appeared in the top 10 of the final Inside Lacrosse national rankings with five teams playing in the 2019 NCAA Tournament.

The ACC Network, set to launch with a linear channel August 22, 2019, will prominently feature lacrosse with a variety of programming specifically dedicated to the sport. More information on the ACC Network is available at GetACCN.com. All fans should contact their cable provider to demand they carry the new ACC Network. ACCN currently has carriage deals with DirecTV, Fios, Google Fiber, Hulu, Optimum and PlayStation Vue.