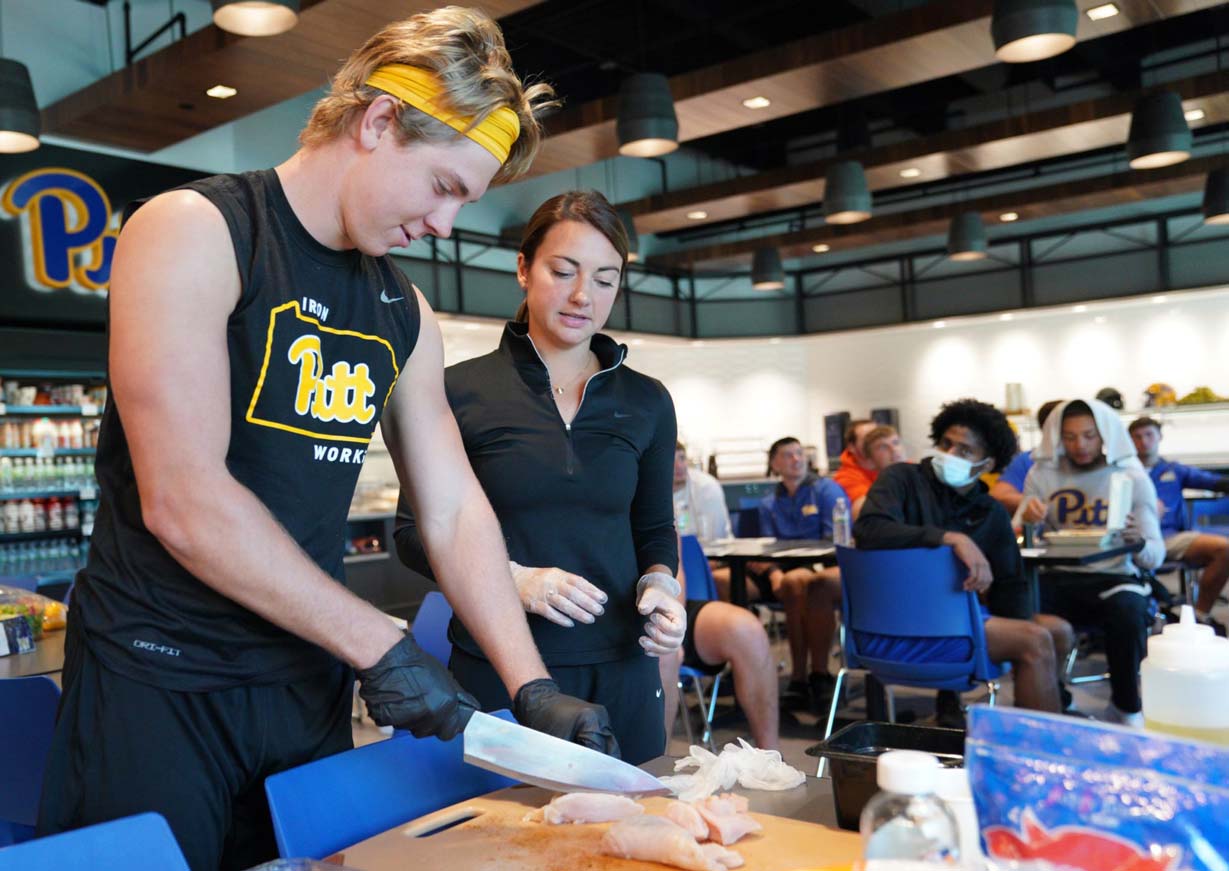 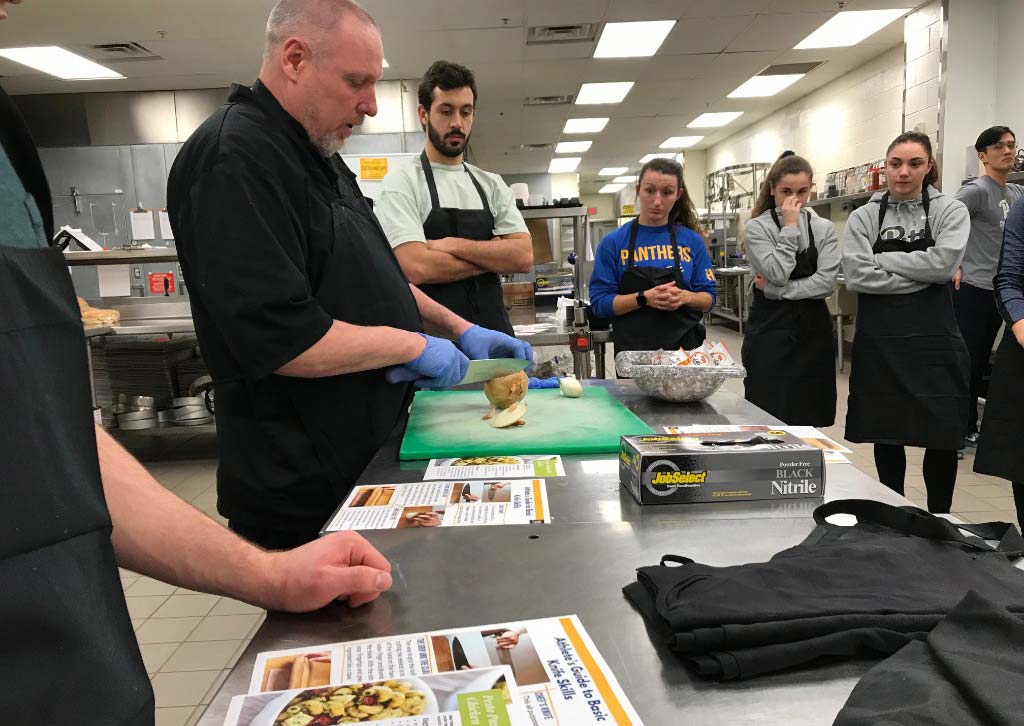 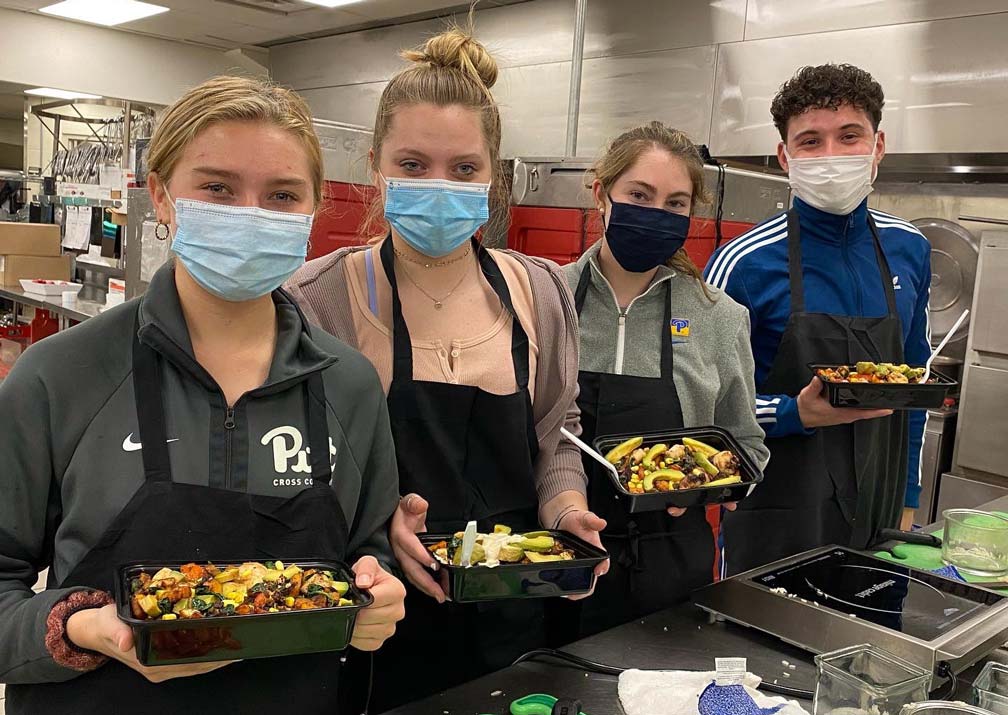 PITTSBURGH - Auburn Weisenale has seen a lot of change in her five years at Pitt Athletics.

Now the Assistant Athletic Director for Performance Nutrition, Weisenale joined Pitt Athletics in 2016 as Director of Nutrition with the knowledge that more could be done to ensure stronger, healthier athletes.

“We have definitely come a long way,” she said. “The athletes I have been around for years now, they see that and feel that too. But we're still pushing for more.”

Weisenale and Taylor Hughes, sports dietician for the football team, are the two full-time members of the department, but they are supplemented with two 10-month sport nutrition fellows. Together, the sports nutrition department works closely with every coach and student-athlete at Pitt to help perform at the highest level. The resources they receive come in part through the Student-Athlete Success Fund.

Being a nutritionist means wearing a lot of hats, Weisenale said. Her role is to create healthy relationships between the athletes, staff and most importantly, the food. But to do so means teaching student-athletes how to become dependent with their choices and trustworthy of her department.

A large part of the work is education, Weisenale said.

“We have some people who have never even held a knife before or stood in front of a burner to scramble an egg,” she said. “It's really rewarding for us to see their progression and to see them start to take care of themselves.”

Before the fall sports season started, Weisenale and Hughes took new players to a grocery store to teach them what to look for when they go grocery shopping. They also taught them how to order groceries online and where they can be picked up in the city.

The sports nutrition department also holds twice-monthly cooking demos for all athletes and team-specific cooking demos when time allows. It results in student-athletes who can confidently fuel their bodies even when they're away from facilities.

When they're at the facilities, the nutrition department provides several ways for student-athletes to remain fueled. One of the main options are five different fueling stations, located at Trees Hall, the Fitzgerald Field House, the men's and women's basketball locker rooms and a newly-renovated space on the third floor of the Petersen Sports Complex.

The fueling stations are used so often, they have to be restocked three times a day.

“Athletes work their bodies hard every day, and because of that, they need to eat a lot too,” Weisenale said. “The fueling stations are here as a resource.”

The fueling stations offer everything from multivitamins, peanut butter and jelly sandwiches, smoothies and more. Before, Weisenale said, these stations offered almost nothing more than bagels and milk.

Nutrition staff members work personally with student-athletes and coaches. Weisenale meets one-on-one with roughly 20 athletes per week, observes practices from afar and consults with coaches to discuss how nutrition might affect player training and development.

“We try to keep the food even across the board,” Weisenale said. “We obviously have things we recommend for different athletes. But, for example, I wouldn't say 'All of my weight-gaining athletes should be drinking apple juice.' If someone wants to drink apple juice but isn't looking to gain weight, maybe they can drink it as a pre-workout instead.”